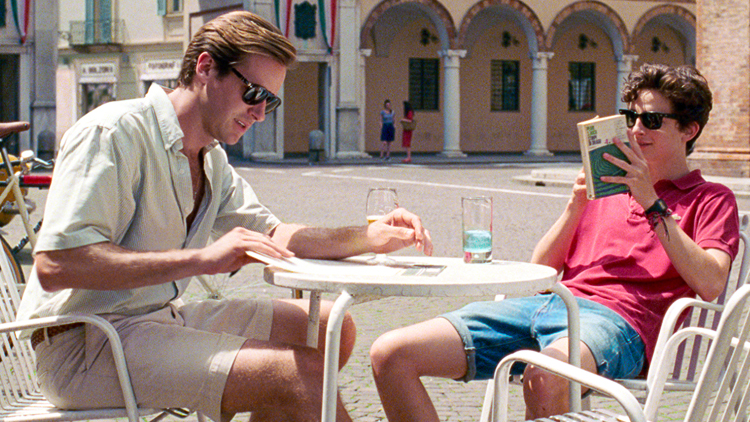 Call Me By Your Name

Call Me By Your Name

In the summer of 1983, in the north of Italy, Elio Perlman, (Timothée Chalamet) a 17-year-old American spends his days in his family’s 17th century villa lazily transcribing music and flirting with his friend Marzia (Esther Garrel). One day Oliver (Armie Hammer), a 24-year-old graduate student working on his doctorate arrives as the annual summer intern tasked with helping Elio’s father (Michael Stuhlbarg), an eminent professor specializing in Greco-Roman culture. Soon, Elio and Oliver discover a summer that will alter their lives forever. Call Me By Your Name, directed by Luca Guadagnino and written by James Ivory, is based on the novel by André Aciman.